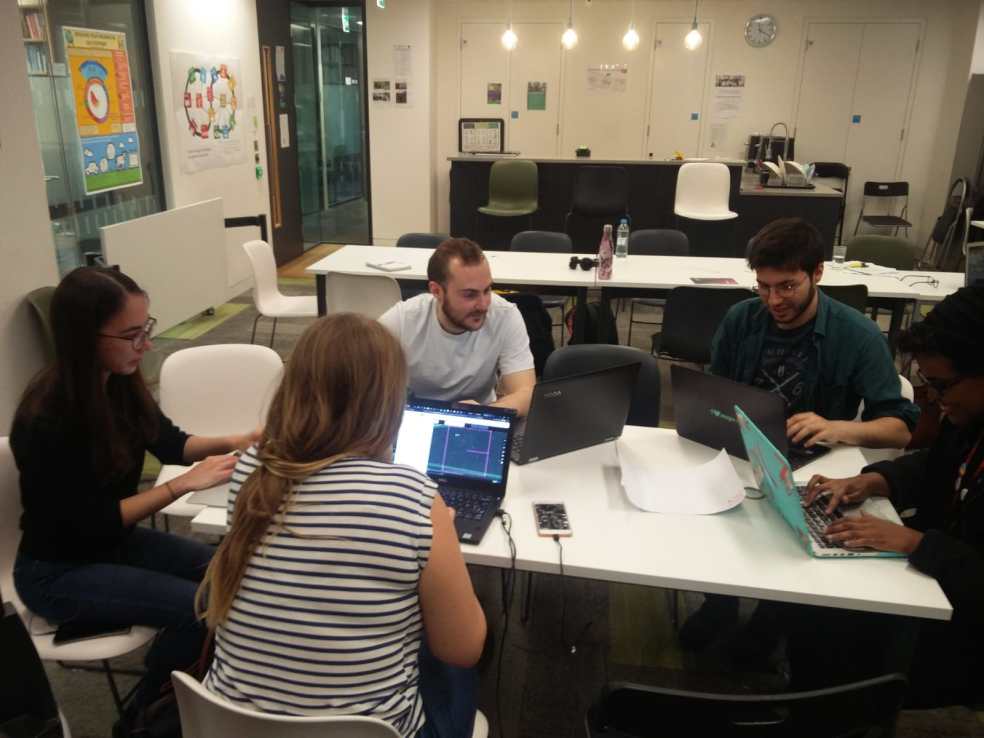 It was so great to see the turnout at last week’s mapathon!

We mapped the inhabited areas and visible infrastructures in the villages in the DRC-Uganda border area in response to the 10th Ebola outbreak in the DRC in August 2018. (Project #5259 – 2018 Ebola, Mwenda, Nord-Kivu, DRC).

One month into the new term, we had a mapathon in the Geography Department this week! This time we used Amnesty International’s Decoder platform. Our project was looking through satellite imagery of Raqqa, Syria and identifying buildings to narrow down the windows of damage when they were destroyed.

Check out Amnesty International’s website to find out more about the work they are doing and why they have chosen to track strikes in Raqqa.

We had a great night last week at the Missing Maps mapathon that we hosted in the newly refurbished Bush House Exchange Space at King’s.

We had around 120 people from across London, from MSF, the Red Cross and many more.

Enthused with energy from the Missing Maps Mapathon, we then had a second mapathon in the Geography Department this week! This time we were mapping to help end FGM in Tanzania. Check out Crowd to Map Tanzania’s WordPress Site to find out more about the work they are doing to #endFGM. 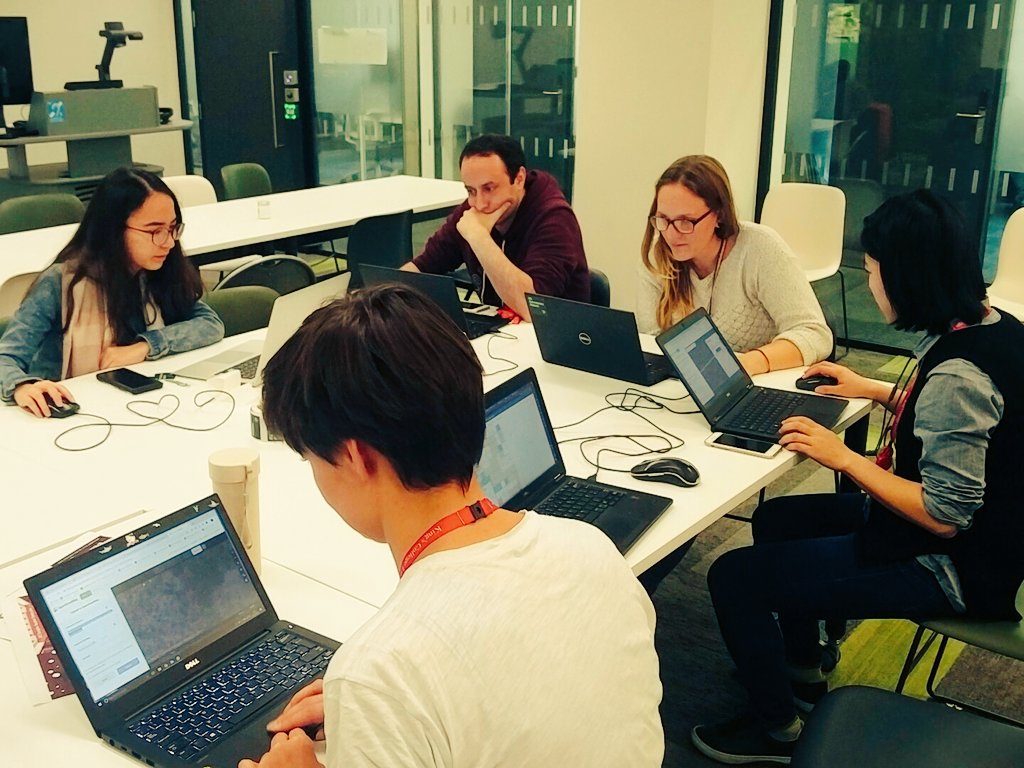 Well, it’s been a busy old month here at King’s, and we’ve not had time to update you on the amazing Mapathon we hosted back at the start of the month!

We had over 150 people register for the event, ranging from new mappers to some well known faces. We had mappers, validators and a JOSM training session… and of course. copious amounts of pizza!!

It was a great night, with an amazing atmosphere and some great pop-up talks from MSF UK, the Tanzanian Development Trust, Red Cross, experts, non-experts, people who were new or who wanted to share ideas, and some of the King’s staff too!

The Missing Maps Mapathon on the 3rd October, centred on Malakal, South Sudan. We were mapping this area as recent insecurity has resulted in population movement; creating lots of new dwellings, with others disappearing. Missing Maps wanted to update existing maps and consolidate the road network in order to make it easier locate populations.

The clashes that started in Juba on July 2016 and spread to other areas of the country opened a new chapter in the protracted war that has affected the Republic of South Sudan since December 2013. The actual political status of the country is based on a weak and volatile peace process and political situation at National level with still unpredictable consequences for the near future. This deterioration of the context through the year has worsened the deep humanitarian crisis that has been affecting the South Sudanese population.

In Malakal operational area, Doctors Without Borders / Médecins Sans Frontières (MSF) continues being the only actor able to provide quality secondary level (including severe malnutrition) and access to critical services such as Kala Azar, TB, HIV. In addition, MSF is the actor with longer experience responding to medical humanitarian emergencies in the area and with the proper levels of acceptance and expertise to continue doing it in increasing tense environments.

Somewhere near to the end of the night we were on around 70% complete, with 10% validated. A proportion of the mappers made it to the pub to continue discussion, make friends and generally have a relax. On checking back today, we are now on 99% complete with 11% validated thanks to the ongoing contributions of the mappers.

King’s will be hosting the next London Missing Maps Mapathon on the 3rd October 2017!! Join us this Mapathon to help us put the world’s most vulnerable people on the map.

Across the Global South, many millions of people are vulnerable to natural disasters, health and development issues. Yet many of these towns and villages remain unmapped. This makes it difficult for first responders, governments and NGOs to reach these people and understand the spatial dimensions of problems they face.

This event will take place on Tuesday 3rd October, 2017, 6pm – 9pm in the Geography Department on the 4th floor of the Strand Building – details of the mapping task and booking TBC – watch this space!!